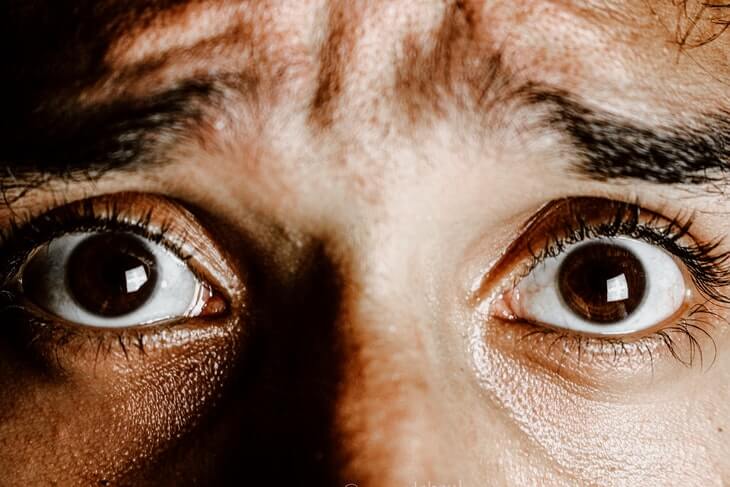 Meeting new people is always a mystery, even the chances of right guessing about the individuals’ personality are minimal. That’s the main reason why connecting with new people is such a joyous occasion.

However, meeting new people has its dark side. There are dozens of clubs and other places swarming with creeps. In most of the cases, it’s not a big deal – yet sometimes it ends up very messy. Learn more about how to recognize those creeps and how to get out of a nasty situation, if you’re unlucky enough to run into one.

The human brain is naturally focused on our safety, meaning we are always unconsciously on guard when we meet new people. Considering that, if you feel something negative about the person you just met and aren’t aware of the root of the feeling, your brain probably wants to tell you that something isn’t right.

Of course, it can be just a false alarm. There isn’t a method that would help you to realize for sure if it’s just a false alarm or a real threat – yet there are some things that could be of good use, so remember to keep them in mind.

1 Ask yourself if you’re often anxious when you meet new people. Feeling anxious doesn’t always mean that you have a medical problem. Feeling of anxiety is just a defense mechanism, yet if you feel it too often, you should probably have a sit down with your psychiatrist.

2Does that individual remind you of somebody you had bad experiences in the past? Our brain often reflects our past on the present moment to prevent us from suffering the same trauma we’ve been through before. If the person you just met isn’t doing anything particularly negative or unusual, yet you still feel like something is wrong, give it a second thought.

3 Maybe a particular individual just looks like the villain from a dream or fiction that is placed in the back of your memory. We depend a lot on our experience – that’s why humans learn so fast compared to the other species. However, our brain quickly gets confused, so it’s not out of the question to compare the present with the past experienced through our dreams or a cartoon villain we used to fear at a very young age.

Inquire About the Possible Partner

When you meet a particular individual, and you get curious about the person, yet you’re not too sure if it’s the right choice – it’s not a bad idea to get some extra information about the person.

Meeting their friends, and forcing a conversation course into a small introduction of the person you’re interested in is an excellent way to start. If your judgment of the situation approves direct questions to the person you want to hook up with or to their friend, it’s a good option too.

Of course, you want to remain lowkey on guard when you’re trying to learn more about the person you might be interested in. You don’t want that possible partner to think of you as a creep.

If you’ve decided to go to a more private place with your new hookup partner, yet you still feel a little anxious about it – you’re going to have to make a backup plan to ensure you’re safe if push comes to shove. There are a couple of things you can do to ensure your safety, such as:

Inform a Friend About Your Actions

Informing a friend about your decision with a particular partner and a plan for the rest of the night is a viable way to secure yourself. You can tell your friend to be on standby to call the police if things go south.

Bring a Self Defense Weapon

This one is probably a little too extreme, yet having a bottle of pepper spray on hand isn’t a bad idea if you’re still unsure about the person you’re willing to have sex with. Pepper spray is good because it’s legal in most of the world, it’s straightforward to use, it’s swift and effective, and it leaves no long-term consequences.

Keep the Police on Speed Dial

It’s always good to keep the police on speed dial if things seem to be going wrong. Simply leave for the bathroom, and give them a call. Alternatively, if there is a bathroom window, you might want to make a run for it.

Dating apps are a huge thing when it comes to one-night stands and other kinds of unobligated relationships. As they bring you a lot of perks, there is one blind spot in dating apps – it’s hard to tell if a person you met on the app is a creep.

The More People Available, the Bigger the Joy

The most popular app means more people available at any moment. There isn’t much of a science behind this one – it’s just the more people are using the app, the more popular it gets. Those two mutually depend on each other. Alternatively, the more people there are, the more creeps you’ll have to deal with, so make sure to watch out.

Every dating app has its security mechanisms. Dating apps want to make sure their users are having a good time while using them, and are continually working on ways to remove scammers and people who aren’t following the terms and conditions. More popular apps have a better filter for creeps.

It’s not just about the popularity of the app, as there are dozens of apps dedicated to a lot of different groups. You should find the one that fits your needs, kinks, and fetishes. If you find an app that fits your specific needs, you’ll have a much easier time rooting out malicious individuals, scammers, and creeps.

Don’t Reveal Too Much Information

Casual sex is generally a one-night stand, so there isn’t a reason to reveal too much information about yourself. Especially after getting lucky with a partner, you might feel very uncomfortable with someone who only revealed their true creepiness after the act.

If you want the creep to stay away from you, be careful about the amount of information you give them. Don’t add them on social media, don’t give them your phone number, and try to leave as fast as possible.

There’s no need to mention that you shouldn’t reveal other more intimate information about yourself. Telling them where you live, where you work, or something similar is probably the worst thing you can do.

Having a creep following you or waiting at your front door just to say hello probably isn’t something you want. If such a thing happens, never hesitate to inform the police.

Leave When You Start to Feel Tense

If your anxiety about the person you want to meet a bit better to hookup doesn’t decrease in due time, or it starts to boil into a feeling of tension – you know it’s time to leave.

A feeling of anxiety can come when you meet someone new, yet if it just increases over time, it’s not a false alarm. You sensed that something isn’t right about the person you just met, and your intuition isn’t something you should ignore in such a case.

If you start feeling tense, give your possible hookup a few more minutes and if your feeling doesn’t lessen a bit, leave in any way possible. Try not to make a big deal out of it, and don’t offend the person. That might lead to a much worse scenario.

Don’t Let Them Get To You

The problem with creeps is that leaving isn’t always the easiest thing to do. They usually use various kinds of manipulative strategies just to make you stay.

The most common case is emotionally manipulating you, making you feel guilty for not behaving as they might have expected. Never let them get in your head.

Don’t reconsider your decision about your leaving, as that’s what they want. Emotional vampires feed themselves on the energy and frustration of their victims.

Even if you do feel guilty or catch yourself reconsidering your decisions, don’t show it to them. Stick with your gut instinct, as the only thing you have to lose is a potential hookup.

There Isn’t a Lot of Space for Developing a Relationship

The nature of hookups is a short-term surface pleasure. In most cases, it doesn’t lead to any further connection. Considering that, developing any feelings or any kind of curiosity about your hookup isn’t the right choice.

You know that person just for one night and don’t have any useful information about them is just a reason not to start anything further. Many people gave this kind of relationship a try, and in most cases, it ended very badly for them.

The only way you can turn your hookup into a relationship is if you know the person from prior meetings or a trusted individual from your friend circle.

Even if your partner seemed like a decent person, and treated you with an extra dose of respect – you never know what’s going around in their head. Consider that if you want a more sophisticated relationship.

Distinct Characteristics of a Creep

If you want to avoid creeps and leave on time, you must know how to spot them. Here are some essential characteristics that make up a familiar creep:

1 Obsessive –If your possible partner shows creepy-like obsessions to the things they are into, consider that a red flag. Obsessive behavior is an apparent indicator that your potential hookup partner has something wrong with them.

3 They follow your every step –You might think this one is barely possible as it sounds very aggressive, yet following your every level doesn’t mean the individual follows you physically. If you see that your potential partner follows your actions, movements, and behavior, leave at any moment.

4 Always on guard –If your target for the night often looks behind their back or gets nervous when you implicate that you might not be interested in them – take that as an alarm and be ready to continue the night without the individual’s presence.

One-night stands are sure to be a lot of fun. There isn’t a reason to feel guilty about them – but you should be at your guard when it comes to hooking up with strangers.

Places like night clubs are always full of creeps, and while you’re mostly out of grave danger, they can destroy your night out. Learn how to spot them on time and be ready to leave at any moment. Consider those tips mentioned above and leave your worries at home while you’re rocking out.