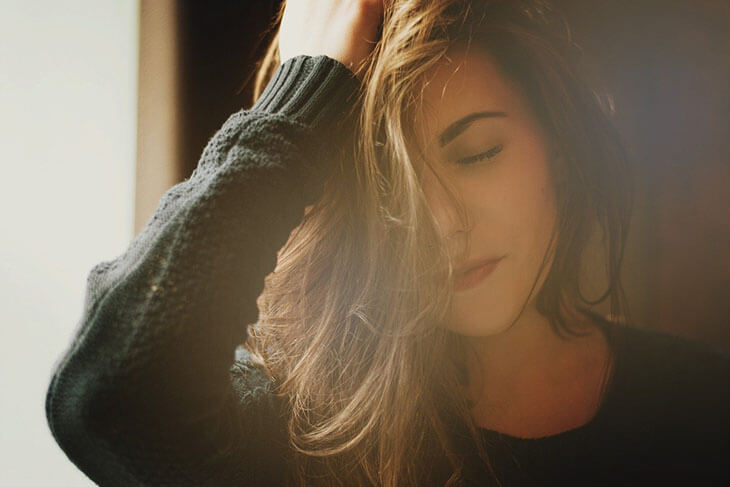 Many men have tried their best to appear as perfect casual partners to women, and they have failed. Was it because they were trying too hard? Or maybe they didn’t play the ideal tactic? Like men, women also have their expectations of casual relationships. Most of these expectations have a lot to do with the potential casual partner.

However, this image of a perfect casual partner for women eludes many men. Is this persona tall, does it have a beard, does it make women laugh? These are just some of the many questions that you probably have. So to help you find answers to them, we decided to do some digging of our own.

During our research, we were able to identify some patterns. Below you will see how women see a perfect casual partner so that you can tailor your approach next time you want to pick a girl up in a bar or an online dating website.

1. He Is Taller Than Her

You’ve probably heard at least one woman so far talking about her man type. It appears that although every woman has a unique type of man she prefers, there are still some things they share in common. One of these things is height. In general, women see a perfect casual partner as taller than them. However, things are not as simple as you might think.

Social scientists have been trying to solve this riddle for quite some time now. They have found out that word-wide men are generally taller than women by a small margin of five and a half inches in most places.

Women tend to see taller men as more attractive and more suitable for both long and short-term encounters. However, women’s preferences for height differences depend on individual height. For instance, for a woman who is 5’3” a 5’8” tall man is a perfect pick, but a woman that is 5 ‘8” tall will see a man 6’ 4” tall more attractive.

It appears that tallness is associated with masculinity, and women are into that. The general rule of thumb will be to go after women at least a couple of inches shorter than you if you want a casual relationship.

2. Intelligence May Not Be As Important As You Think

Smart, successful, and intelligent women often intimidate men. Men stay reluctant to approach them even if it is for casual purposes, let alone long-term commitments. It seems that men based this belief on a hunch. The truth is on the other side of the spectrum. It appears that women don’t hold intelligence as something as important as physical looks and humor when it comes to picking casual partners.

While intelligence plays a vital role when seeking a lifelong partner, it is not as important when choosing a casual partner. But it is important to note that this is not one of those black and white situations. Less than half of women expect their casual partners to be at least as intelligent as they are.

It’s something that is challenging to assess in the hook-up culture, though. There will always be some women who won’t go out on a date with less intelligent men than they are. But, most women are interested in casual sexual encounters if men have approximately similar education levels as they do.

Since this is an essential piece of information to pass onto the other side, make sure to update your online dating profile. You don’t need to dive deep into details. Just specify your education level. You stand more chances with women who have similar education levels to yours than those who are more educated.

Hair was always an essential factor in the world of dating. You, as a man, probably have some preferences. Women do too. But it has nothing to do with luscious locks, the most modern hairstyle, or depilated legs. Most women share the same preferences when it comes to hair and casual dating.

When it comes to hairstyle, most women agree that they would like to see a short haircut on the guy they want to date casually. There are plenty of hairstyles that go into the short haircut category. The most attractive include the classic combed back style, short comb-over, crew cut, and short blowout with tapered sides.

What about facial hair, though? While the little kids have their reservations towards men with beards, women have the opposite reaction. The bearded men’s culture is still strong. Men with different beard styles are found very attractive, and we can see this trend all over the globe. Whether you wear stubble, goatee, Van Dyke, or Balbo, women will find you more attractive than clean-shaven men.

“What about body hair?”, is the next logical question, aye? Men are not strangers to removing, trimming, and shaping their own body hair.  It appears that women prefer the same things most men do – a nearly hairless body. If you are into casual affairs, you stand to have more success if you trim your body hair, especially if you have virtual rainforest on your chest.

More precisely, physical looks have always played an essential role in the world of casual love affairs. Men have their preferences, so it would be pretty normal to expect women to have some too. When deciding on a partner for a casual encounter, women pay attention to the body type of the men that engage them. What is it they look for?

Let’s first see what they dislike. A little extra weight is not a perk if you are trying to hook up with women. Yes, a small percentage of women won’t mind a bit of excess weight, but most prefer men that appear physically active.

Women also don’t prefer bulky guys. It’s alright to hit the gym and all, but too much of that muscle mass can become an obstacle rather than a perk. What is it that women prefer then?

A modern woman interested in a casual relationship looks for a fit man. Athletic physique wins over all other body types. Muscles are OK as long as a man doesn’t look like he is getting ready for a bodybuilding competition.

So, if you want to have more success with casual relationships with women, you should definitely hit the gym and achieve that athletic look.

Generally speaking, women find a sense of humor very appealing. There is no better way to engage a woman and have her focused on nothing else but you but to make her laugh. Humor is your best ally if you want to captivate her attention. It can help her feel more relaxed in interested in you. Don’t despair; you don’t have to be a stand-up comedian to do it.

There is even a study that collaborates our claims. In fact, a woman is more likely to be romantically interested in a man the more he tries to make her laugh. However, it is important to balance things out. You don’t want to appear as a joker but as a man with a sense of humor. Casually joking around is a good way to start.

You have hit the sweet spot if you notice her laughing at the same things that make you laugh. The positive energy is hard to resist, and there is no better way but to use humor to exude it into the world.

Casual relationships are all about the thrill of the moment and mystery. Men who approach women and throw all their cards on the table are most likely to fail their conquest. It appears women are easily mesmerized by men who prefer to keep things to themselves instead of being open right from the start.

After all, it’s a casual relationship we are talking about here. Complete honesty should be the least of your concerns. How do you intrigue a woman? Is there anything special you must do? You can adopt several things to appear more intriguing to women you want to hook up with.

One of the things we’ve already covered – don’t tell her everything, instead leave some room for her imagination to do the work. However, the best way to intrigue a woman is to custom-tailor the answers to her questions. You don’t have to like or anything, but you can use the other words to provide more general answers.

For instance, if you work in a car dealership, you can say that you work in the automotive industry and you are in charge of optimizing sales processes. It doesn’t sound better than I sell cars from 9 to 5, but it helps you build intrigue with the woman you are conversing with.

Another old but gold tactic is to answer questions with questions. Because it is not the answer she was looking for, they will chase and pursue you until they get what they want. The mystery and intrigue make the entire encounter more energized and can help you end the date in bed.

Do you know what a real mood killer is for women? Men who manage to somehow bore them out 5 minutes into a conversation. But when women hang out with an interesting person, they tend to fall into conversation easily. It makes a great impression on them, and they are more willing to do things that you want to do with them. In other words – women see interesting men as perfect casual partners.

Interesting men ask interesting questions. You can forget all about asking where does she work. Instead, ask her what makes her excited about her job or why did she choose her job. Open-ended questions open up a conversation as they can’t be simply answered with yes or no answers.

Finally, have some good stories to tell. If you are not a good storyteller, you can practice some stories in advance. It will help you build self-confidence, which will show the next time you tell an exciting story on a date. Don’t forget to keep your stories as short as possible. Leave some room for her to react or ask a question.

At the very end, let us mention a few things that are no factors in women’s decision to date men casually. Modern women are well-informed, open to casual encounters, and without any prejudice. Some women still think that a causal partner has to be of the same ethnicity or of the same faith.

It goes in line with the findings of the recent NBC News survey. Millennials, who make the majority of people who are interested in casual dating, care significantly less about ethnicity and religion than the previous generations. However, for most women, ethnicity, and religion are entirely unimportant.

This is excellent news for men who thought otherwise. Don’t let your ethnicity or faith hold you back. You are not choosing a life-long partner. Go out and have some fun!

Hopefully, the things we shared with you paint the picture of how women see a perfect casual partner. Generally speaking, men who are fun, intriguing, of athletic build, groomed hair, and beards are perfect for casual partners, especially if they are taller. At the very end, if you would like to take your everyday love affairs online, here are the 10 one-night stand sites you should definitely pay a visit to.