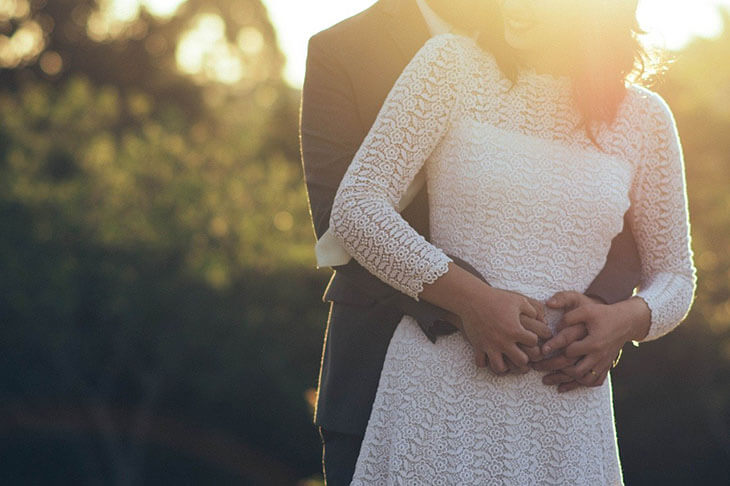 Yes. Make sure to read the other articles on our website for more top tips!

All jokes aside, casual dating can most certainly turn into love faster than you could have ever imagined. Casual dating is one of the most popular forms of dating these days. It doesn’t mean you don’t love the person – it simply means that you’re leaving as much of your freedom there while mildly trying to form a connection with someone.

With the advent of dating apps, casual dating has become more available and more apparent in modern society than it has ever been before. The way that people interact with each other is changing as well – and this includes the way they spend time together.

So, what is casual dating, how on earth do you find a casual date, what should you look for in a casual dating partner, and can you finally turn your casual partner into your very own prince or princess charming? Let’s talk a little about that below.

What is casual dating?

Casual dating is a modern way of dating that has emerged in popularity around the early two thousand. Since people got new ways to communicate, it really changed how they interact with each other, and this was reflected in their relationships.

Nowadays, most young people would like a “trial period” before deciding whether the person is right for them or not – which is actually kind of ingenious if you think about it.

It simply means that casual dating is a trial of fire in which you find out whether that person is suitable for the long term. If yes, then great – if both of you are interested in each other and would like to take it to “the next level”, you can.

However, if one of you seems to be not too thrilled about the other person involved, you simply end it – no feelings hurt, no love lost, no hearts broken.

Although it’s pretty tricky when it’s a one-sided love story, those tend to happen in every kind of relationship. The big thing about casual relationships is that they are usually very lax on passion and emotions. Even if you lose the person you’re with – you probably shouldn’t beat yourself up too much.

What makes a casual relationship casual?

Well, you and your partner do. A casual relationship is nothing but a different way of interaction between two people. You aren’t just friends, but you do not love doves either – you’re something in between, and that’s completely fine.

Again, if anyone can tell you the precise definition of both love or casual relationships, they’re probably lying to you. Sure, it’s a chemical reaction in the brain that releases this and that when you do x and y – this isn’t a chemistry article.

So, can I have sex in a casual relationship?

Sex is something that we as humans have been doing, well, forever. It’s like drinking a nice crisp glass of water each morning before you take a shower. It’s one of the few carnal pleasures of life – and you should get it in any way, shape, or form that you see fit.

It’s one of the primary reasons people look into casual relationships. Instead of a lovey-dovey attachment, they want someone they can spend some time with, enjoy themselves, and enjoy themselves continually.

Are there any emotions in casual relationships?

While on the topic of emotion, how do you know what you’re looking for? We’re living in excessively confusing times, and it’s more complicated than ever to decipher just what you might want from your partner.

Rushing things will lead to bad decisions, and holding off on them for too long will ensure that you miss out on the opportunity – but the solution is simple, and it’s called causal relationships.

The concept of human emotion dwells deeper than anyone can ever explore, so why explore it yourself? Embrace the emotions you feel and try to act accordingly – finding a partner or multiple partners these days is as easy as a couple of swipes on your phone anyway, which brings us to our next point.

Where on earth do I find a casual relationship?

In your friend group

There is nowhere near enough attention placed on the tension that people feel in their friend groups. After all, being friends is just one step away from being in a casual relationship, so why not take the step?

You know the old saying:

It just takes one look to turn a friend into something more.

And the saying is true. Your friends could make great partners, especially casual partners. When you go into a relationship with one of your friends, you’re risking your friendship if the two of you break up. But, if it’s a casual relationship that doesn’t have a whole lot of emotions involved, even if things don’t turn into love, you can remain friends afterward.

Muster up some courage, an approach that special someone, tell them how you feel, and most importantly, tell them what you’re looking for. If you think that “click”, chances are that they’ll feel it too, and before you know it, you have just landed yourself a casual partner that you know and trust.

Dating apps are a fickle thing. Sometimes they’re the most valuable tool you have in your dating arsenal, they’re great if you’re looking for a quick but dirty little laugh with your buddies, but they’re also the hot spot for all kinds of creepy crawlies.

You’d be mortified if you knew just how many scammers, blackmailers, and catfishes there are on the world’s most popular dating apps such as Tinder, Baddoo, and Bumble. Be that as it may, as long as you approach dating apps with a grain of salt and some common sense, you should be fine.

Dating apps make an excellent place to find a casual relationship partner because you can meet someone before meeting them in real life. Talking to people over the internet is a great way to get to know a little about them, and if you feel that the person you’re talking to might just be ‘the one,’ you might just want to invite them out for a cup of coffee.

A word of advice – always take everyone on every dating app with a grain of salt; they might not be who they claim to be. If you ask someone out through a dating app, always make sure that they’re free of all red flags and always demand to meet in a public place to know who you’re meeting.

Never hook up on the first date, and never overstep your boundaries or capabilities. Never give out too much personal information either, and keep an eye out for anything that might be odd.

Are you meeting new people? How about meeting new potential partners – and what better way to do it than at a party. Now, pirates are crawling with party people, and you’re usually not alone when you go to one. You’ve got your friends; the person you’ve laid your eyes on has their friends – it’s a story as old as Romeo and Juliet.

While this might be without a doubt the best way to find a one-night stand or hookup with someone, the same theory can be applied to casual dating. If you hit it off with someone while neither one of you can hear anything, the drinks are flowing, and the fun is raging – they might not be the best person to spend your life with, but they sure are a great person to have a fling with.

If you have a fling with someone, one thing can lead to the other, and you’ll have a casual partner before you know it.

A word of caution, though, parties are often filled with all kinds of people, a lot of whom are not looking for any kind of partner, fling, or hookup – which means that you must respect boundaries, and if someone isn’t interested, leave it at that. Being pushy isn’t nice, and it’s a great way to get kicked out of the club.

How do you make the switch from casual to serious?

Well, while this might sound frightening and overly complicated, you’ll be relieved to learn that taking the next step from a casual relationship to a serious relationship happens on its own, in most cases.

Yes, it doesn’t require any big talk, any big push, anything. If the two people involved feel that there is more to their relationship than initially meets the eye, the chances of them simply letting it slide into something more serious are high.

If your casual relationship does need a little push to go to the next level, don’t be frightened – it’s just a simple, quick, and serious conversation. Sit your casual partner down, tell them how you feel, and tell them what you’d like about the future. Worst case scenario, you’ve ended a casual relationship; best-case scenario, you now have a serious partner that you want to be serious with – a win-win situation.

Yes, casual relationships are fun. Yes, they can turn into serious relationships. Yes, before you know it, someone that you just saw as mild emotional support and an on-and-off sexual partner is now the love of your life. Yes, yes, yes!

As long as you do everything correctly and want it in the first place, we’re sure that you can turn a casual relationship into something more in no time at all. Just be careful, don’t turn anything into anything if you’re not sure you’re looking for it, as that road leads down the boulevard of broken hearts.