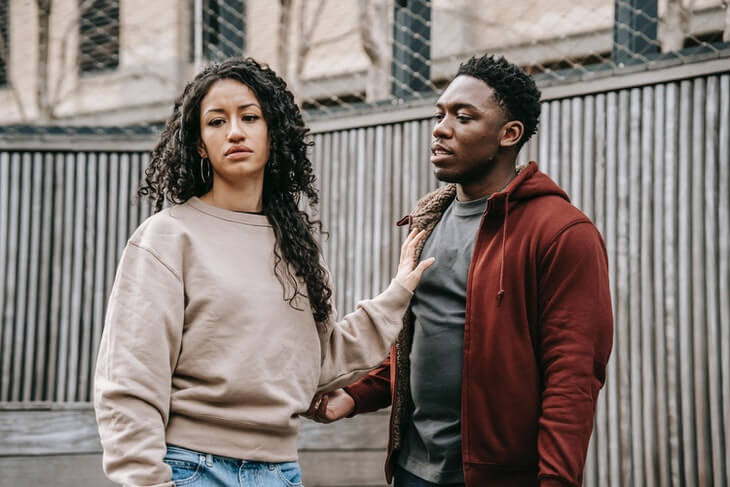 Under the right circumstances, casual relationships can be a fantastic thing. They help you stay in “the game” without investing yourself emotionally. Depending on your current situation in life, a causal relationship might be just what you are looking for.

However, a lot of people don’t know how to control these types of arrangements. After some time, they turn into something negative for them. They get stuck in a toxic relationship that’s bad for them. Believe it or not, it can sometimes be tough to recognize that you need to end your casual relationship.

People don’t take them seriously and don’t consider the adverse effects. Today we are going to talk about some of the potential reasons you should end these kinds of relationships.

Let’s face it; most people are in casual relationships to enjoy having meaningless sex with no strings attached. Sometimes people just need to take a break from relationships and various expectations that go along with them.

However, if your casual relationship is turning into something more, then maybe it’s the time to get out. Of course, if you’re both feeling that this has the potential to go somewhere more serious than fine. However, if you explained it to your partner countless times that you don’t want anything serious and yet they keep referring to you two as a couple, maybe you should break it off.

In fact, you will probably have to. When people start getting emotionally involved with someone who they are sleeping with, they usually can’t shut down those emotions. That will only be worse over time, and the sooner you end it, the less you will hurt that person and avoid getting into uncomfortable situations.

2You’re Not Enjoying the Sex

Even in casual relationships, sex can lose its spark and become boring. But despite this, lots of people get tucked in and don’t want to end things even though they aren’t getting anything from their relationship. Sex is the primary reason for being casual, and without it, there simply isn’t any reason to be in this kind of arrangement.

It’s the same as with regular relationships. People get into a comfort zone where they feel safe but don’t actually get what they want. Instead of breaking it off, they are afraid of looking for someone else that will want to get into this kind of relationship.

Not only that, this means you’re wasting your time, but you might go even further and become emotionally involved with that person. Now let’s make something clear; there‘s nothing wrong with turning a casual relationship into something bigger.

However, the question is out of which reasons. Did you really realize that you are a fit for each other, or were you just both lazy and settled for a “safe bet?”

3Your Partner is Standing You up

Being casual means less commitment, but it doesn’t mean there should be no commitment or respect involved. More specifically, you should both respect each other’s time. When you agree on the day and time of a hookup, you should both look to honor the arrangement.

If your partner is often standing you up, it means that they don’t have any respect for you. Of course, you’re not in a real relationship, but this doesn’t mean that you should waste your time. There are others out there who might want to hook up with you.

Casual relationships are about fulfilling your sexual needs without having any headaches — nothing less, nothing more. If you aren’t getting this from your partner, then it’s time to end things. On the other hand, if they can’t make it, they often consider finding another partner.

4You are Constantly Checking What they are Doing on Social Media

If you don’t want a full relationship, you shouldn’t worry about what the other person is doing online. If you are doing this, then you aren’t ready for a casual relationship, or you’ve simply developed feelings for that person. In either case, the outcome should be the same.

These are the exact things you are looking to avoid by being casual. There is no room for being jealous or constantly feeling worried about what the other person is doing. Yet again, IT’S ALL ABOUT THE SEX. This kind of behavior goes both ways.

If you are obsessed with someone or simply don’t have trust in them, maybe you aren’t fit for a relationship with them.

5You Aren’t on the Same Page

You need to make things clear from the very start. When sitting down with another person, say what your expectations are and where you see this whole thing going. By saying something like “I like being with you but I’m not in a place for anything serious”, you will make it clear where you stand.

The other person will then have the option to decide whether they like this arrangement. If they do, you won’t have to worry about anything, and you can completely enjoy your hookups. Furthermore, you won’t get in the situation where the other person pops the “L” word while you have no emotions whatsoever.

That’s a conversation nobody wants to have. Overall it’s a good idea to check where you stand. In case the other person expects something more, end your relationship instantly, or maybe they will when they learn where you’re coming from.

If you are planning on hanging out with someone on Sunday, it’s totally reasonable to hear from each other on Wednesday and make plans. That doesn’t mean you are in a relationship. Both of you just want to organize your time and make your lives easier; it’s called common sense.

However, if you are planning things weeks in advance, you are basically reserving yourself for that person only. This shows that you are thinking about them a lot and changing your plans drastically to be with them. You should be aware of this kind of behavior.

On the other hand, if you are planning so much ahead, you are completely removing the room for some other person. If you are casual, you should always keep an open mind about meeting other people and seeing what they are all about.

It isn’t necessarily the reason to end things, but if you have created a situation where this is expected to happen, maybe your arrangement isn’t so casual after all. You can call it any way you want, but facts are facts.

If you are noticing that you are spending a lot of energy on casual dating and falling behind on school, work, or meeting other people, then you might be in a pickle. A casual thing is designed to give you a sexual outlet that won’t impact your life.

Remember that this is a temporary thing and that the other things in your life will have long-term effects. That’s why you can’t allow your fling to get in the way. If this is happening, end it as soon as possible. Simply put, none of your goals or activities should be sacrificed for a relationship that doesn’t matter to you.

8You Are Becoming Each Other’s Priority

No matter if it goes both ways or it’s one-sided, your casual partner can’t become a priority. Even though there should be respect on both sides, this is NOT a real relationship. It shouldn’t affect your plans in any significant way.

Simply put, none of you should expect favors, nice gestures, or sacrifices from each other. Simply put, you can’t expect to have the perks of a committed relationship in a casual thing. If this starts happening on either side, then you aren’t casual any longer.

In these situations, it’s best to talk about it and stop seeing each other. Unless, of course, you would both like to turn this into something more significant. But if you are rock solid about not having anything serious, don’t invest yourself and expect the other person to get invested because you won’t get much in return.

9You’ve Completely Forgotten About Other People

Nothing says more that you’ve caught feelings than being utterly committed to one person. Sure, you might be seeing each other once per week, but if you aren’t even considering anyone else, then you might be falling for your sex buddy.

Casual relationships are supposed to be about experimenting and getting that confidence to help you get back in the game. They are a good way of improving yourself without failing anyone’s expectations. They aren’t a way of starting yet another relationship. Both you and your partner can date however many people you want.

At the same time, you have no right to ask each other about other people because your relationship isn’t built on that kind of foundation. In case all of your focus is on this person alone, and you don’t have anything else going on, maybe it’s best to cut the cord and meet somebody else.

If not, you might get into a difficult situation where you fall in love with your hookup. When you realize that they don’t have an ounce of feelings to give you in return, it could have devastating effects on you. That’s what you are actually looking to avoid by going casual.

10You Are Constantly Talking to Each Other

Unlike with regular relationships, casual dating doesn’t require texting, chatting, or talking all the time. With sex being at the center of it all, there is no need to expand your relationship into other “areas.” What I’m trying to say is that you should keep it superficial.

It might seem strange for people who don’t have casual dating experience, but it’s best for you both. When you are talking all the time, you are more likely to become invested in each other’s lives and develop feelings. If you want to keep things casual, you shouldn’t be doing this.

For example, if you are chatting on social media every night before you go to bed and wishing each other good night, there is something wrong with your hookup. One of the clearest signs of being emotionally involved with each other is the need to share feelings and information about recent events.

If you feel that you shouldn’t be with someone, you need to tell them. Ending things can be difficult, even when we are talking about casual relationships. If you are having some of these issues, there are two things you can do. Tell them to stop doing what’s bothering you or let them know that you don’t want to see them anymore.

There is nothing else to consider. If you start overthinking about your relationship, you just might complicate your life and make irrational decisions. The key is honesty. Be honest with yourself and your partner as well. Understand your needs and how you want to achieve them.

Don’t just “give it a try” because you are feeling sorry for them. You won’t do yourself or them any favors.